Our cofounders are seasoned entrepreneurs who, combined, have built over 39 successful companies. We have collectively advised hundreds of tech-enabled startups on strategic growth. We are not “crypto cowboys.” We are experienced marketing veterans here to disrupt the advertising world. We're here to end ad fraud, help advertisers increase their Return on Ad Spend, and put more money back in the hands of publishers. 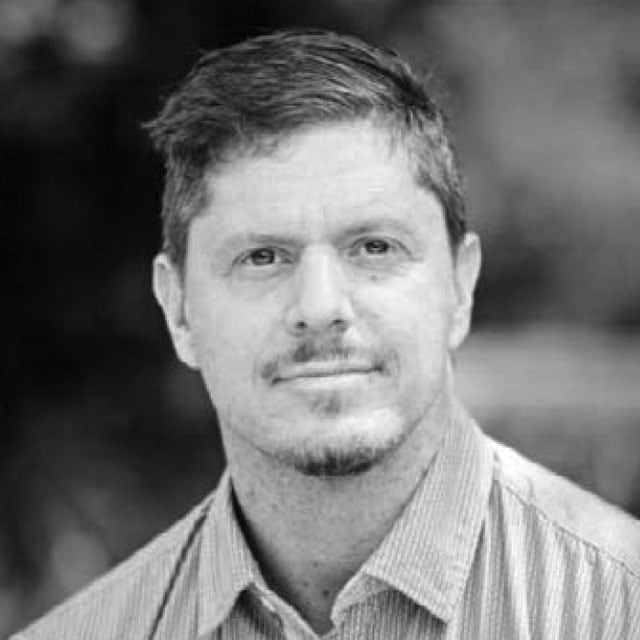 Matt Gallant is a seasoned, serial entrepreneur who’s built 13 profitable companies. His 20 years of advertising experience has prepared him for tribeOS. His experience includes: over 8 Million leads captured, over 13,000 marketing experiments performed, over $10 Million spent on digital advertising, and over $40 Million generated in online sales. He is a professional marketing strategist who knows how to get traction. For the last 5 years Matt has been building the ultimate advertising tracking platform with cutting edge advertiser tools, many of which will be integrated into tribeOS. Matt’s single-minded purpose is to create the most profitable advertising marketplace ever for advertisers and publishers.

Book Matt to speak at your event 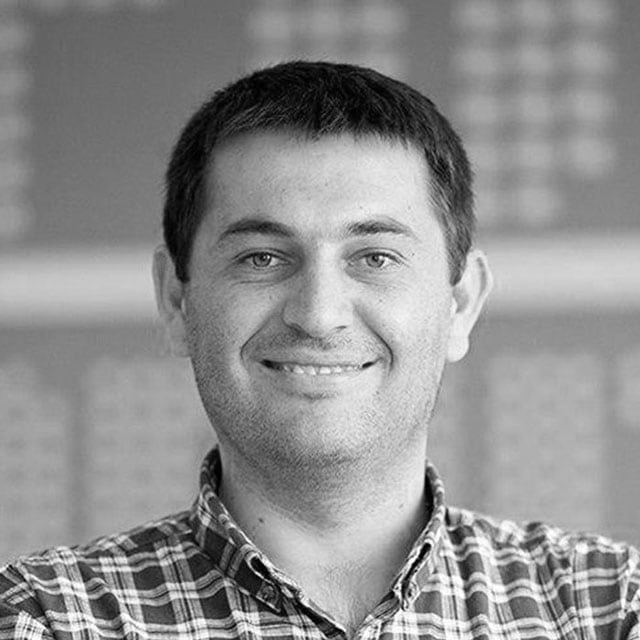 Dino is a computer science and IT expert with over 10 years of experience as a software engineer. He has worked on multiple international software projects for some of the world's largest companies like NAVTEQ, NOKIA, IMS Health, and others.

Dino is most passionate about data science and machine learning research fields, which was the basis for his PhD thesis. He values education and sharing his knowledge with others and he's a big supporter of open source projects. 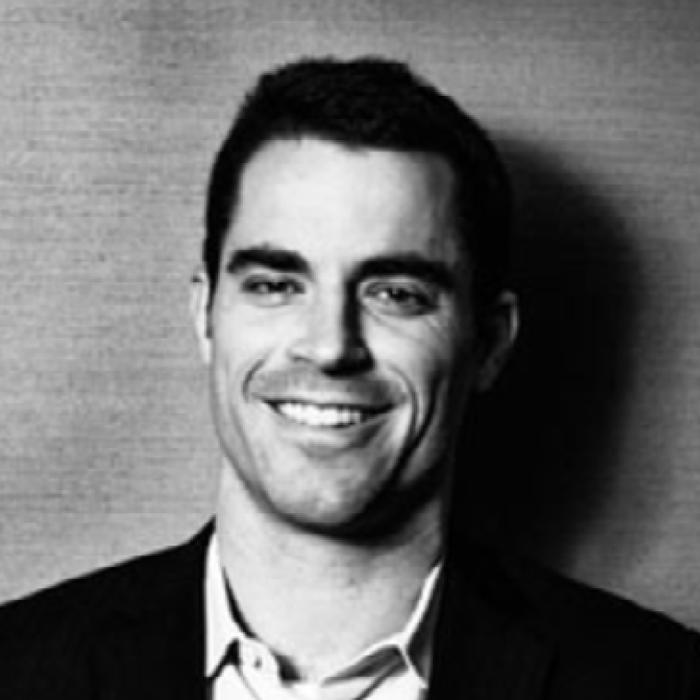 a.k.a: “Bitcoin Jesus,” Roger is one of the world’s most ardent, vocal, and sometimes controversial advocates of Bitcoin. In 2011 his company memorydealers.com was the first website in the world to accept payment via Bitcoin, which is largely credited as the impetus for a future wave of merchant adoption of cryptocurrency exchange. One of the very first investors in blockchain-based startups, some say that Roger single handedly funded the first generation of crypto-companies like our own tribeOS. He has now dedicated himself to promoting Bitcoin Cash (BCH), the hard fork, low fee, rapid transaction blockchain that drives our digital advertising marketplace.

Libertarian, peace advocate, and firm believer in true voluntaryism- the idea that all human interactions should be conducted with mutual consent, or not at all- Roger ranked 36 in Fortune’s 40 Under 40 for his contribution to ushering in a new era of business through innovations in finance and tech. 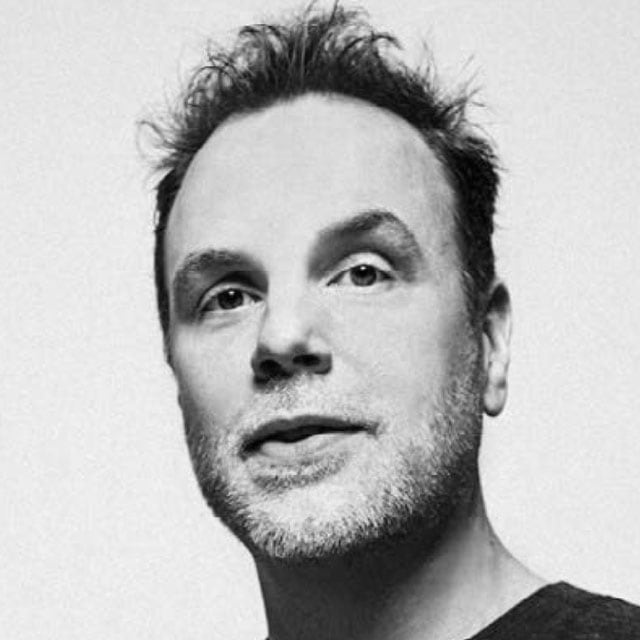 James Wallace (JW) has been an entrepreneur since he was 11 years old, and has built hundreds of applications in over 25 tech startups. JW built his first website in 1994, and hasn’t stopped building technology since. JW comes from five generations of advertising experience that serviced the Fortune 500 for over a century. The family sold its offline assets and James took the company online in 1994, trading Fortune 500 clients for Silicon Valley tech startups. Since the nineties, his companies have been robbed of Millions of dollars in ad fraud. This motivated him to build the best tools to protect not only his own companies, but the network’s advertisers and publishers. This anti-ad fraud technology is the first line of defense in advertising, and JW is eager to end ad fraud for everyone, forever, with tribeOS. 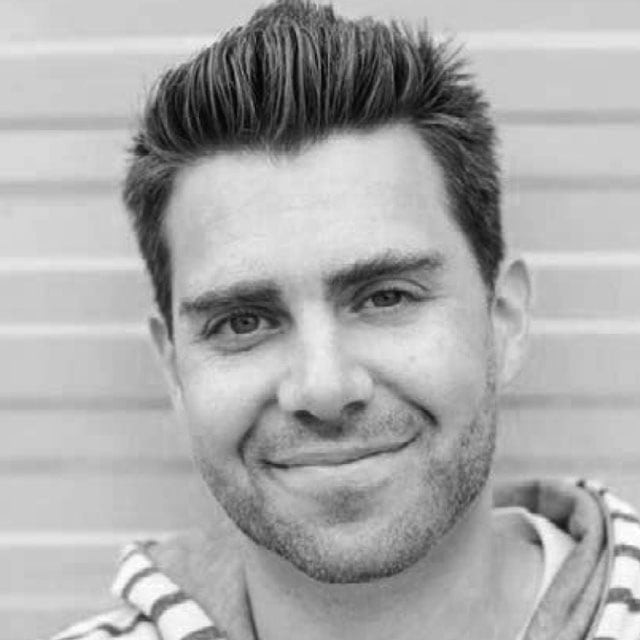 James Tonn (JT) co-founded Podium Publishing, which he grew exponentially from a $10k investment into a 9-figure valuation in less than 5 years by leveraging technology and digital marketing. He has over a decade of strategic procurement experience, specializing in Innovation and Public-Private Partnerships (P3s), and has been entrusted as the Fairness Advisor on a number of multi-billion dollar and highly complex partnership projects. JT and JW are co-founders of Exponential University, whose blockchain venture fund was the sole Pre-Seed Investor in tribeOS. JT is personally excited about disrupting the oppressive power imbalance in the advertising industry, which is perfectly aligned with his core values of transparency and fairness. 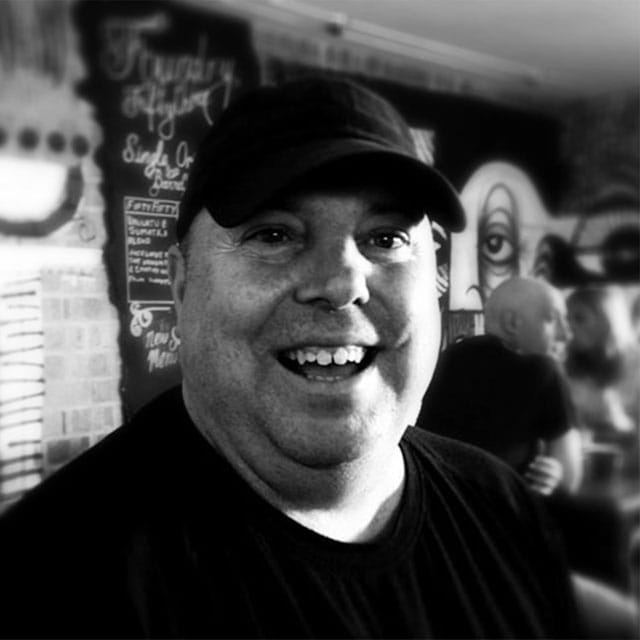 Dean is one of marketing’s most revered industry leaders because of his deep expertise in digital and direct marketing. As an advisor to tribeOS, Dean will be providing insight and guidance in the coming months as we ramp up our lead generation efforts and continue to grow our customer base. 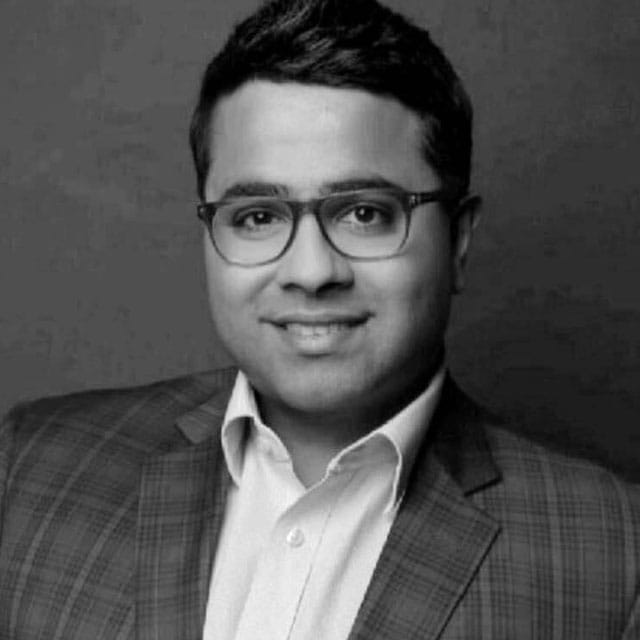 Khurram is an accomplished and visionary digital transformation executive with over 18 years of experience operating at the intersection of marketing and IT delivering digital transformation programs that have created new digital experiences and unlocked new revenue streams and operational efficiencies, working as a Senior Director for the largest companies in the world including Gillette, Procter and Gamble, GSK and Pfizer delivering over $200m in value.

Experience working in venture capital to working startup with startups at the cutting edge of new innovations such as Blockchain adn Artificial intelligence helping them with sales and marketing, revenue planning and forecasting.

He is also an Advisor to the University of Cambridge Judge Business School MBA programs on Digital Marketing. 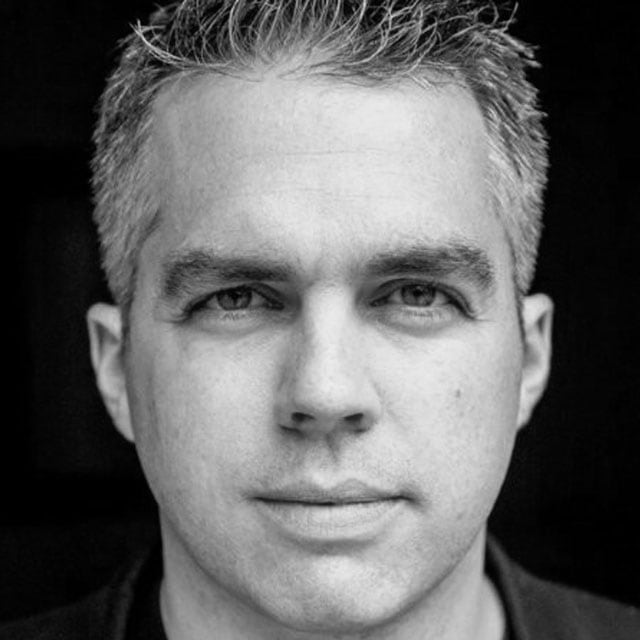 Clay helps entrepreneurs fund their dreams: Since 2012, he’s helped over 150 entrepreneurs, makers, inventors, authors and filmmakers raise over $50 million on crowdfunding platforms Kickstarter and Indiegogo. He advises startups on marketing, storytelling and growth: After a decade at Accenture, the world’s largest consulting firm, Clay left corporate America and attended the most selective and unique marketing MBA program in the country, a six month journey working directly with Seth Godin and eight other amazing people. Clay speaks at conferences around the globe on crowdfunding, innovation, creativity, marketing, entrepreneurship and the future of work. His corporate speaking clients have included everyone from Accenture to Zappos as well as some of the top universities and nonprofits in the world, and his work and writing have been featured in The New York Times, The Washington Post, Forbes, Lifehacker, Entrepreneur, Fast Company, Inc. Magazine and The Next Web. Yanik redefines how business is played in the 21st century at the intersection of more profits, more fun, and more impact. He is the author of several best-selling books including Evolved Enterprise. He is also the founder of Maverick1000, a private, invitation-only global network of top entrepreneurs and industry leaders. This group periodically assembles for breakthrough retreats, rejuvenating experiences, and impact opportunities (to-date raising over $3M+) Yanik was named one of Entrepreneur Magazine’s top 50 Favorite Online-Marketing Influencers. Yanik’s lifetime goal is to connect visionary leaders and game changers to catalyze innovative business models and new ideas for solving 100 of the world’s most impactful issues by the year 2100. Leveraging business as a multiplier for good. 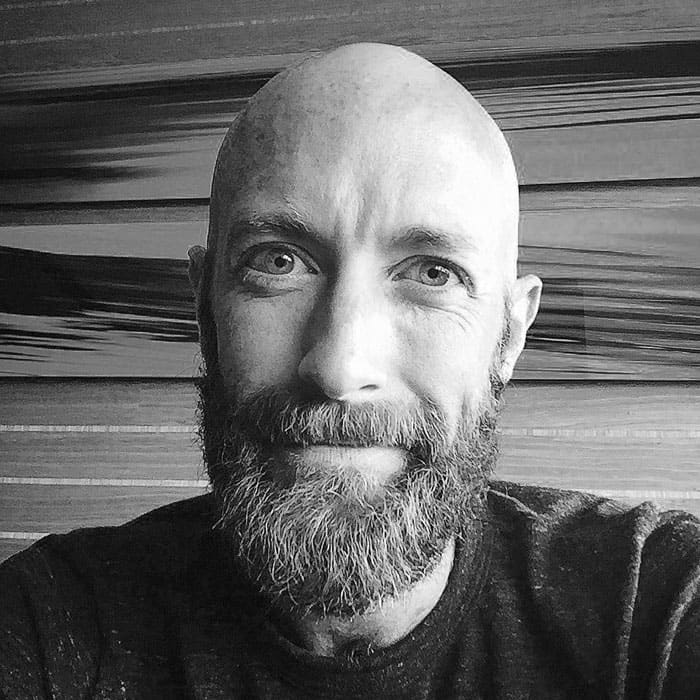 Jesse is a speaker, mentor, entrepreneur, and all around lover of life. He’s devoted his life to sharing his principles of self-mastery with people all around the world. Through his popular Mind Vitamin videos, online courses, events, and private coaching, Jesse teaches others how to create their own success and fulfillment, reclaim their personal freedom, and master their reality.. 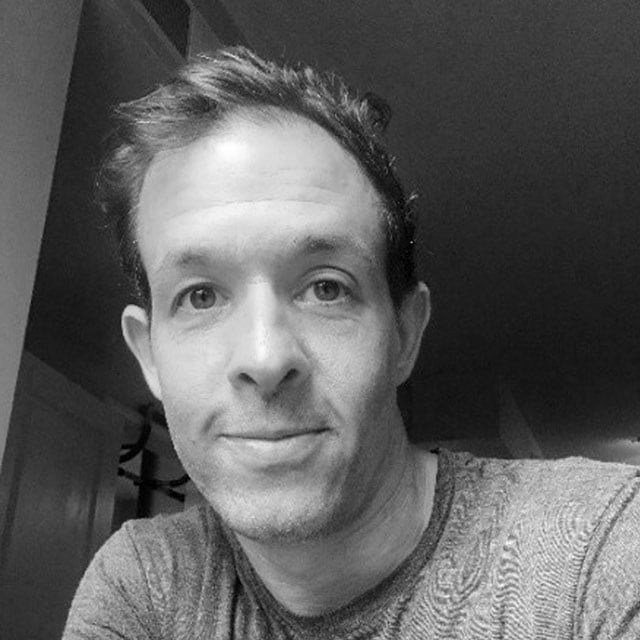 Working with industry leaders worldwide, David has provided engineering consulting and business development services to companies such as E.I. DuPont, General Motors, Nissan Motor Manufacturing, American Express, Fanuc Robotics, NA, and Kawasaki Robotics. He currently serves as Chief Technical Officer for a dark fiber installation firm at the forefront of providing infrastructure to support the 5G initiative for the eastern US metropolitan hub. Always forward gazing, David specializes in finding workable, scalable intersections between new technology and business in a rapidly changing marketplace. As a thought leader, David is the technical editor of the Adwords For Dummies, First Edition. In addition, he co-authored the definitive social media case study: Barack Obama's Social Media Lessons For Business detailing the historic shift in the application of social media platforms for influence and voter mobilization during the 2008 election cycle. Jonald Fyookball (pseudonym) is a cryptocurrency enthusiast, known for his lead role in several Bitcoin Cash projects including the Electron Cash wallet, the SLP token solution, the CashShuffle privacy tool, and for a series of hard hitting articles on the Bitcoin scaling debate. Jonald is a computer scientist, businessman, investor, libertarian, and Bitcoin advocate. Chad Lavallee has been building cutting edge products in the advertising world over the last 15 years. Always on the leading line of new technologies and techniques, he has pushed the boundaries of what the industry is capable of, and pulled as much out of it as possible. Case in point, a team he was leading brought down the entire US cell network for 15 minutes in 2005; too much volume for the aggregator to handle! Ask him exactly how sometime; he loves to share that story. He brings a wealth of product knowledge from several disparate sub industries within the digital advertising ecosystem, and clearly understand how they work together, and where there are still major gaps. He has founded and managed companies across a large variety of industries over the last 15 years. He has been the head of product, and sometimes owner, for many companies, ranging from publicly traded companies to small startups. Marc Goodman is a New York Times Best-Selling author, global strategist and consultant focused on the profound change technology is having on security, business and international affairs. He is the founder of the Future Crimes Institute and currently serves as the Chair for Policy, Law and Ethics at Silicon Valley’s Singularity University. Over the past twenty years, he has built his expertise in international cyber crime and terrorism working with organizations such as INTERPOL, the UN Counterterrorism Task Force, NATO and the US Government. Goodman frequently advises industry leaders, security executives, start-ups and global policy makers on transnational cyber risk and intelligence and has operated in more than 75 countries around the world. His professional experiences include working as a street police officer, undercover investigator and counter-terrorism strategist, as well as briefing myriad cabinet ministers and heads of government, including the White House. Goodman’s current areas of research include the security implications of emerging technologies such as artificial intelligence, big data, robotics, crypto-currencies, synthetic biology, virtual reality and the Internet of Things. Bitmain followed Moore’s Law in this emerging field of ASIC chip design and pioneered it, time and again. In May of 2016 they released the Antminer S9, the world’s first consumer-grade Bitcoin miner based on a 16nm process ASIC chip. This is also the world’s most power-efficient bitcoin miner, taking that title away from its predecessor, the Antminer S7.

Bitmain is now among the most recognizable companies in the cryptocurrency space and the proud parent of several brands, among them Antminer, Antpool, and Hashnest, all of which are ranked number one in their respective fields. Their machines and customers are present in multiple locations in almost every country of the world.

Upon the opening of the Seed A round, Bitmain invested $3 Million Exponential Ventures is an organization designed to help the world’s most promising founders and emergent entrepreneurs create companies that are primed for exponential growth. The four pillars of ExU are access to open source enterprise curriculum, guidance and advice from trusted advisors, access to the right investors at the right time, and best-in-class solutions to help founders build their organizations fast.